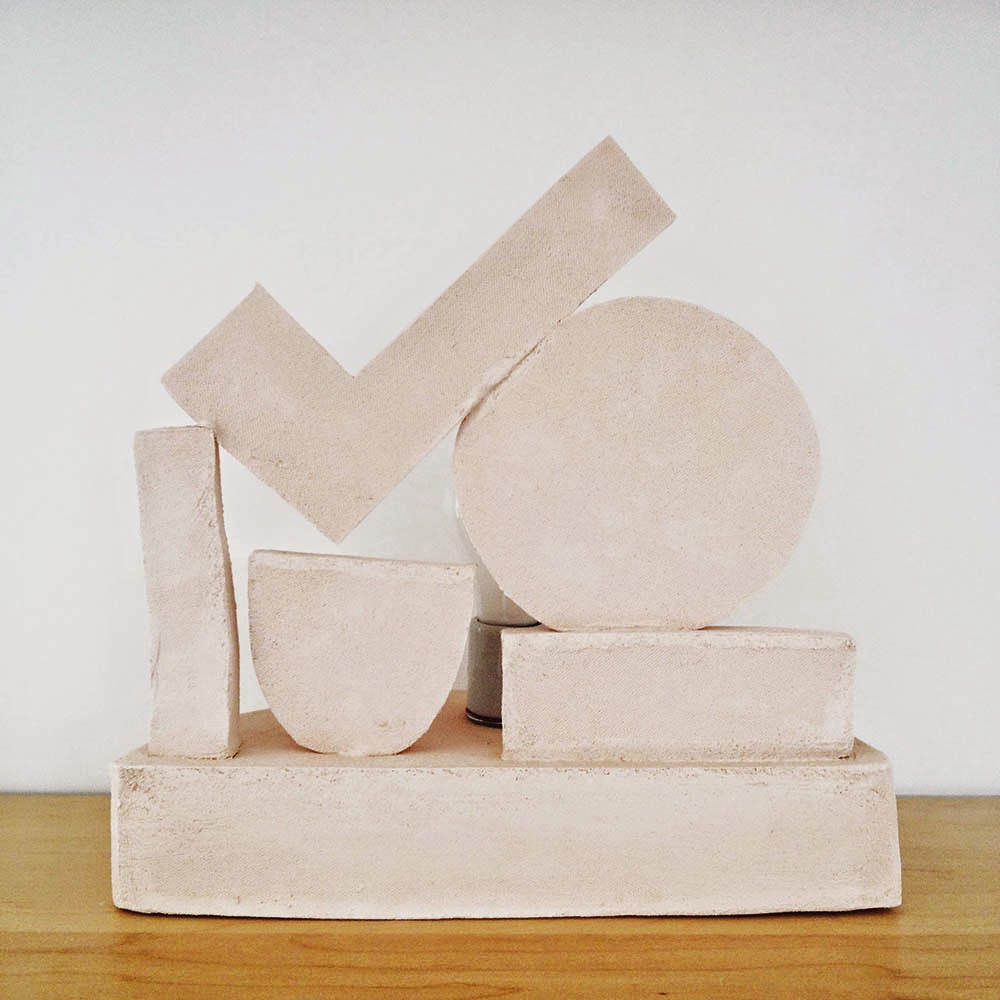 The first solo exhibition of ceramicist Morgan Peck will open this Saturday with an evening reception at Jancar Jones Gallery in Chinatown, Los Angeles. New works will be featured including a variety of large and small-scale sculptures, some functional and some not. 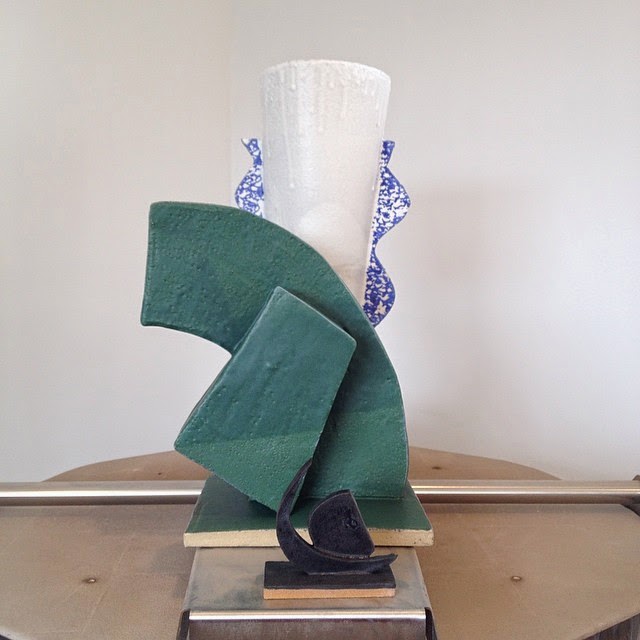 "Peck's whimsical and engaging sculptures are the result of a process that is oriented heavily toward play and experimentation. Built as though with blocks, Peck allows her works to evolve as they take form. In some cases, her sculptures are a result of a stream of consciousness, while in others Peck utilizes a more premeditated, modular approach. She suspends hard-edged shapes and planes in space, using architectonic forms – the column, the I-beam, the tilt-slab – to imply the monumental while allowing the works to ruffle, teeter and flex. She balances heavy construction with an adept use of negative space and a subtle almost fragile surface texture."

Peck's work gives nods to Memphis, Bauhaus, Art Deco and more obviously the "forms of Venetian glass and the splotchy surfaces of 19th century sponge-ware. She moves through these references with a modest, considered and decidedly modern touch." 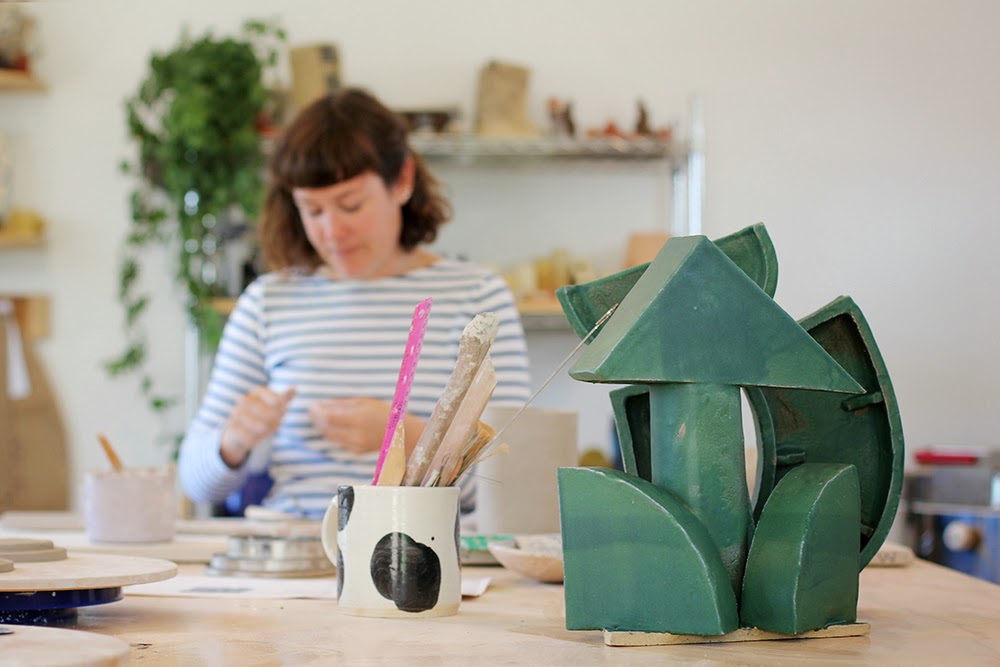 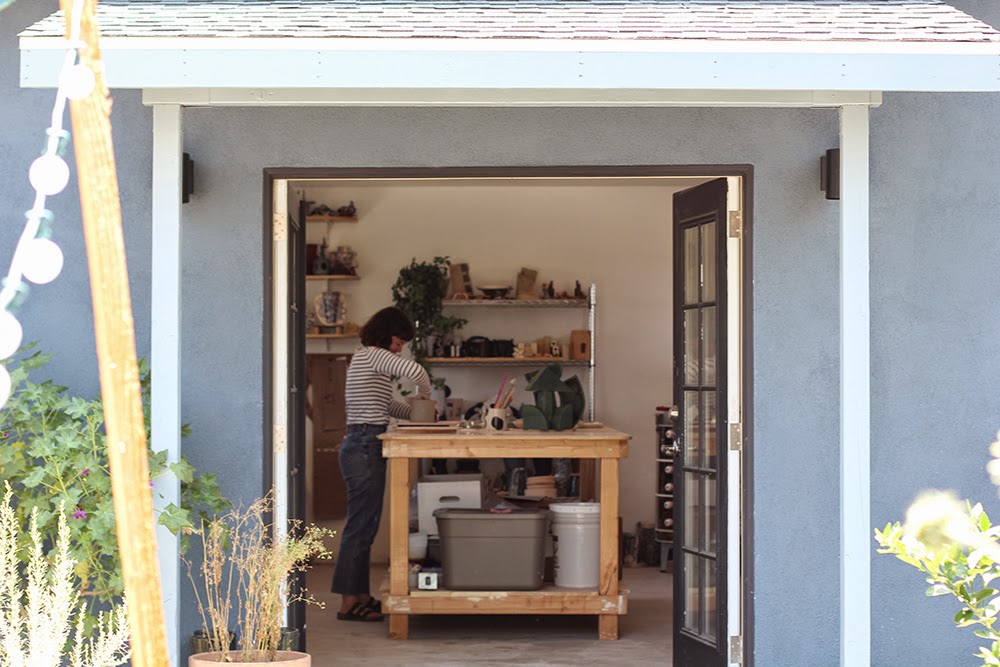 Above is a sneak peek from my studio visit this week to Morgan's lovely Los Angeles studio – surrounded by a well-tended vegetable garden, cacti and wispy lavender.