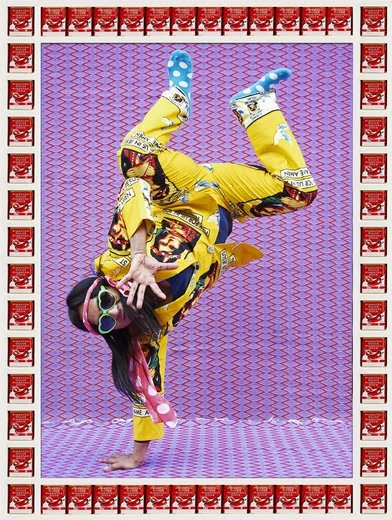 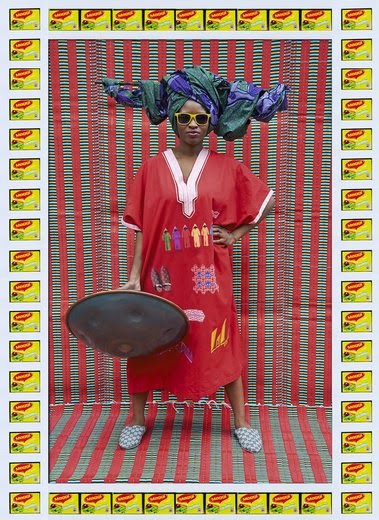 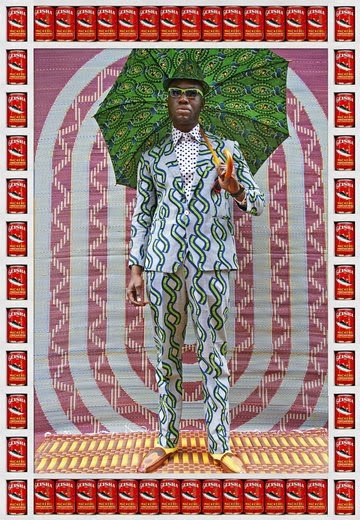 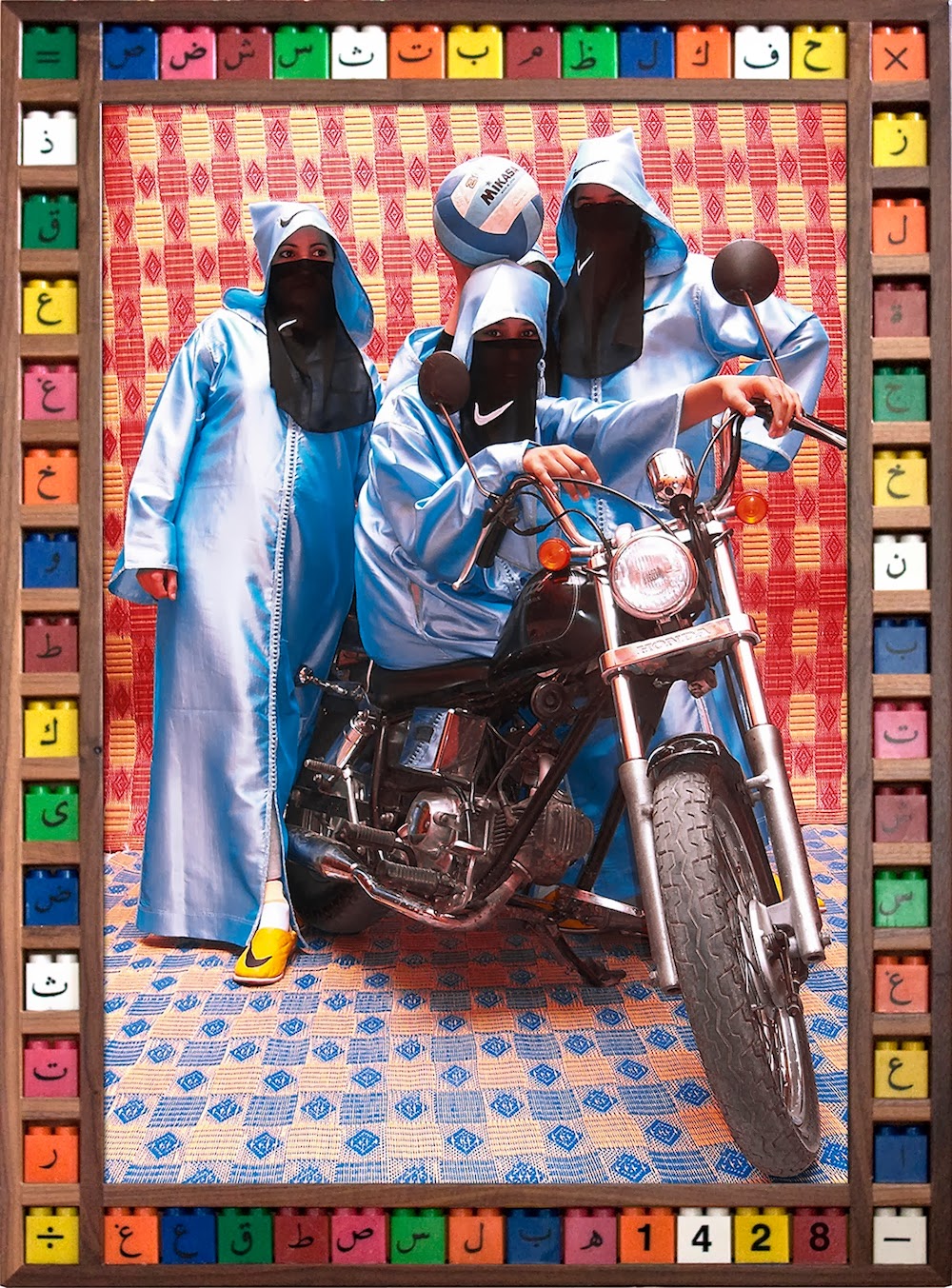 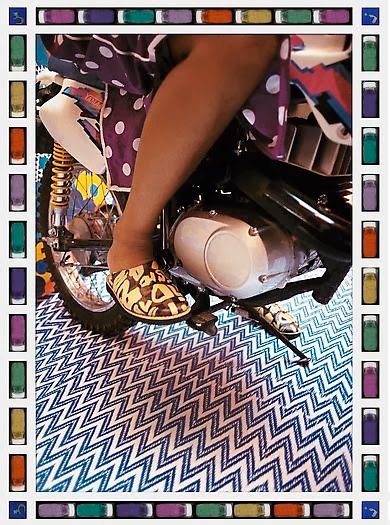 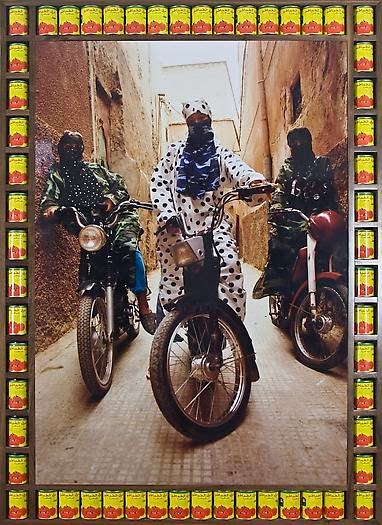 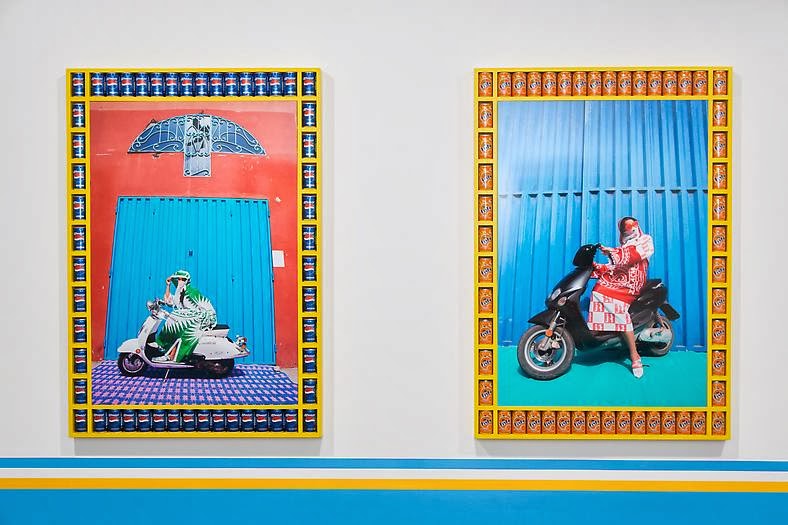 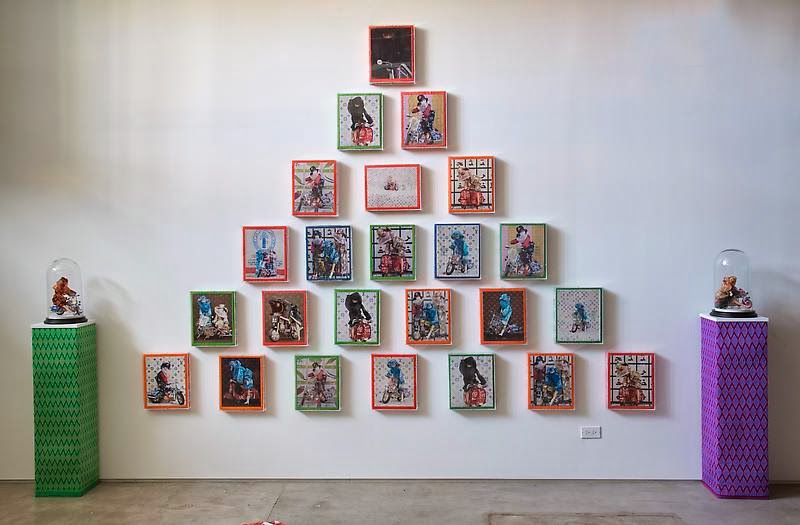 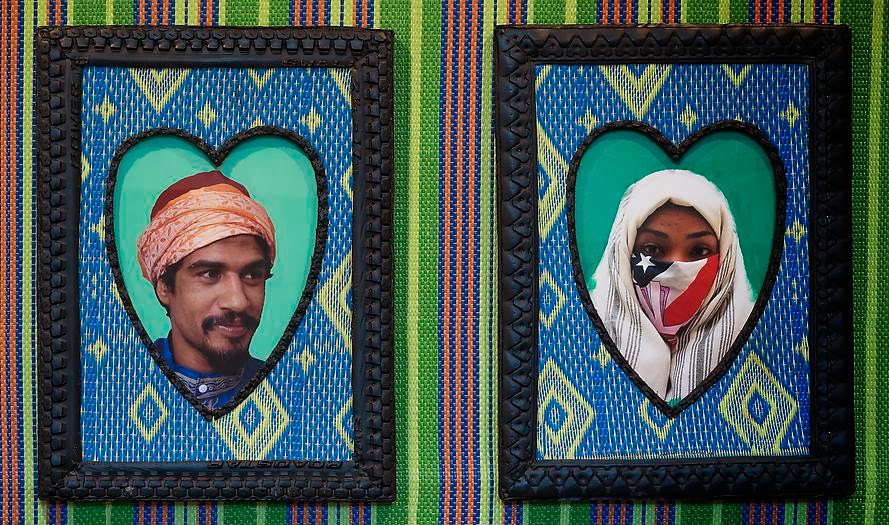 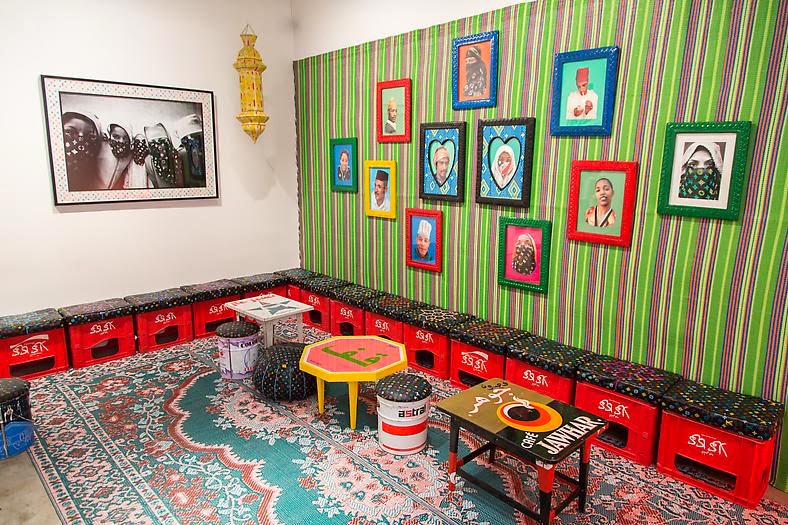 In this exhibit, Kesh Angels "pays tribute to the biker culture of the young women of Marrakesh in a series of photographs, limited edition objects, an installation and a video." Motorcycles and mopeds are prevalent part of every day life in Marrakesh, so it is not that they are girl gangs, rather a play on this concept celebrating the vibrant street culture of Morocco. NPR and The New Yorker had short and insightful stories on this exhibit.